While the emphasis seems to constantly be placed on the stallions, we can’t forget that the mares are of equal importance.

Genetically, the mare is responsible for at least 50% of the foal. A recent article seen in Dressage Today entitled “The Mare Matters in Sporthorse Breeding” states, “Some breeders even argue by observation that the dam affects the offspring at a rate of 60% or more. In the majority of cases, breeding experts will tell you the mare’s characteristics override the stallions. Temperament, conformation, and talent are each critically tied to the mare’s genetic structure, a structure she passes from generation to generation. Therefore, understanding the mare’s crucial role in the breeding process is an undeniably essential part of the breeding equation.”

To celebrate mares competing in sport, last year, the FHANA Mare Show hosted three top mares to perform during intermission, which was held before the championship round. Elbricht (Ster, Sport Elite) and Jildou fan ‘e Boppelannen (Model, Sport-Elite) both performed dressage freestyles under saddle at their respective levels to music, while Sjaantje (Kroon, Sport) was driven to Intermediate Test 4. It was a joy to watch these high-level mares that are actively competing in their given discipline. 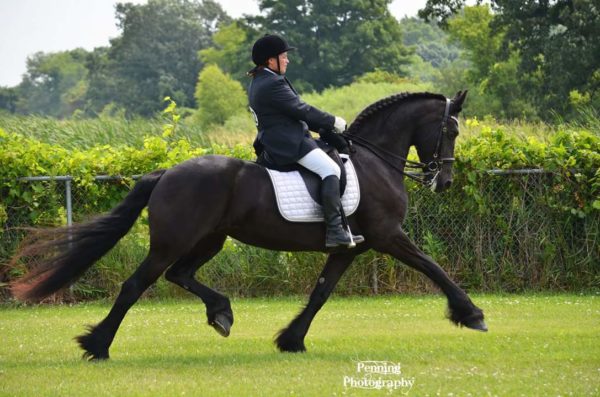 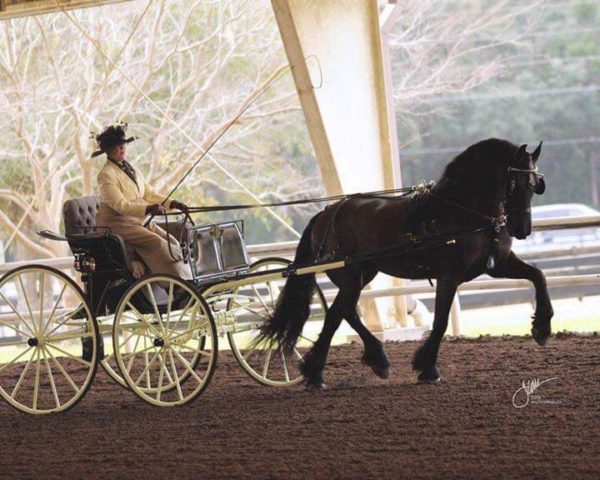